As the year draws to a close, I think back and it’s amazing to see what a difference a year can make. Last year at this time I was in a much darker place, feeling hopeless in life and unsure of what the future would hold. I’m still unsure of the future, but it sure looks a lot brighter from here.

I’m so thankful for how far I’ve come and all the lessons learned, painful at times, but then again, it all works out for our best, even if we can’t see it at the time. I’m excited to see what other changes will come.

I’ve also been so blessed by you and the community I’ve found here on WordPress. Thank you so much for welcoming me, accepting me, and making me feel like I have an important part to play in this thing we call life.

May this coming year be filled with blessings, hope, and light.

I’m so thankful for the little moments, friends and family, relaxing and playing games, having conversations. There are so many blessings in life that are easy to overlook. As we draw closer to the New Year, I’m trying to be more aware and more grateful for all the blessings that I have.

I find myself completely befuddled by this idea. I know, in some way, that it’s true, yet I’m unsure how to fully control my reaction, or, rather, how I feel. So instead I try to control the situation.

It doesn’t always work. Sometimes it does, yet I convince myself that the problem is merely that I have not attained full control.

I don’t want control. I really don’t. Not over others, anyway. I want control over myself, over my own life. I want freedom.

Is there anything that wrong about that?

I feel that my only options are being inauthentic, mocking, or simply walking away. I know that sounds horrible, but it’s true.

Sometimes a person, or a situation, is just so ridiculous, and you’ve been so controlled by it for so long, that you begin to see how absolutely pathetic it is. And there’s nothing else you can do but to laugh.

First, I want to say thank you to Linda (litebeing) for inviting me to take part in this challenge. She posted a wonderful challenge to wrap up 2014 with some end of the year reflections to guide us forward.

Litebeing was kind enough to extend questions to us, as well as the option to be as straightforward or vague as we wanted. So, for my contribution, I’ve decided to answer the main question: What were the gifts of 2014?

For me, 2014 has been a wonderful and tumultuous year filled with battles and open doors; a loss of control paired with a newfound understanding.

I’ve come a long way since last January. Such a long way that it hardly seems like it could still be the same year.

I started 2014 out in darkness and uncertainty. As the year progressed, I began to see a glimmer of light at the end of the tunnel I had been wandering through. I’ve climbed out of the pit I was in, and I’m beginning to once again feel the light of day.

The light is a huge one. I’ve found God’s love that wraps around me and consumes me, even when I’ve doubted and chosen not to trust in Him. He is faithful, even when I am not. I’ve learned that life isn’t always easy, or what we expect it to be. That there are some things beyond the scope of our understanding.

I’ve been able to see my role in the lives of others in a more positive light as well. I’ve stepped into being a light and a mentor at times to those around me, I’ve seen the thankfulness and joy that has resulted. I don’t pretend to believe that it was all my own doing, but I’ve become aware of the part that I’ve had to play in spreading hope to others.

One of the greatest blessings I’ve received is the realization that I don’t have to strive to be perfect. There are some who accept me as I am, and others who never will, I don’t need to change myself to try to please those who will never accept me as good enough.

I’ve allowed the coldness of my heart to melt, seeing that I’m not as toxic as they made me believe that I was. Abusers will take our weaknesses and use them to exploit us; that doesn’t reflect who we are, it reflects who they are.

I’ve learned that I can’t judge God based on the actions of others. He is kind and loving, no matter how poorly people portray Him, or how badly others twist His words against us, and Him.

In many ways, I’m not as in control of my life as I would like to be. I’m learning that that is okay, provided that my guidance is from the right place and I’m following the light. I don’t always need to be in control, but I do need to choose to trust.

I’ve learned that I can’t base my judgments of people solely on how badly I want something to be true. In doing so, I’m reclaiming my intuition.

I’m moving into 2015 with a hope that I didn’t have before. I’m carrying all of these gifts and lessons learned into the coming year, looking forward to all the blessings that are to come.

Thank you again, Linda, for this challenge; I’ve enjoyed participating. 🙂 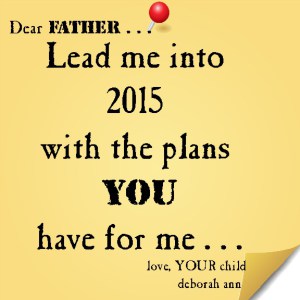 I decided to do the foolish and unproductive thing earlier today, I decided to check Facebook. My newsfeed was overflowing with posts about coffee.

International coffee day or something? I’m not saying it is, I’m asking, because although I have a few coffee obsessed friends, they don’t normally post about it THAT much.

Personally, I’m not a fan of the stuff. I know half of you are probably about to kill me right now, but really, I don’t get the appeal.

Now, I will concede that it does sometimes SMELL good. But that’s an entirely different matter. When I was a kid, I loved walking down the coffee aisle in the grocery store; all those clear containers filled with the dark beans drifting their aroma throughout the aisle. It got to be a bit much if, for some reason, we stayed in the aisle for more than a quick pass, through.

Brewed coffee, on the other hand–now that is a smell that I very seldom enjoy. I’ve found that a majority have a lovely skunky smell, like someone who had been attacked by a vicious mob of the little monsters. That, however, is not my idea of a good time, or a thought that I particularly want to dwell on.

I don’t know, maybe it would make a good children’s story. I think I’ll work on that, actually.

I really don’t know what the point of this post is. I suppose I just found it odd that so many people were talking about their coffee today. Maybe it’s just a coffee kind of day.

Whatever kind of day it is for you, I hope it’s wonderful! It’s Christmas Eve Eve!